Perth startup and Spacecubed inhabitant AbiBird has turned a motion sensor into a life-saving device for the elderly using IoT (Internet of Things) technology.

According to the Australian Institute of Health and Welfare, around 3.7 million Australians (15% of the population) were aged 65 and over in 2016. One third of those over 65 in Australia experience a substantial fall, with a half of those over 80 falling multiple times. Most falls happen at home, and medical attention is needed in 38% of the cases.

Alarmingly it's 12 hours on average for someone to be found after a fall. With the increasing rate of injuries by older Australians, there’s an opportunity for technology to lessen this number significantly in the aged care industry.

Founder of AbiBird Matt Ridley was working at ATF Services, a company that’s been around for 30 years working on fencing for construction and engineering, and entered the tech space four years ago. The group created a geofence sensor that would trigger detect movement, linking to CCTV cameras once the sensor was set off. “It’s a detection of movement that would heighten the awareness of CCTV cameras,” Matt said of the original S-1000 sensor they developed. “Of course I asked the question of why couldn’t we roll out this technology to the aged card industry,” Matt said. “And within two weeks the CEO came back and said ‘Yes we can’. That is honestly how AbiBird started.”

Based at Spacecubed’s Riff space for the past four months, Matt has been making the final touches to its national launch of the AbiBird device. Giving the elderly more independence than the standard alarm pendants mostly worn by older Australians, the device doesn’t need to be worn (just placed on a shelf), and doesn’t record video or audio.

Existing technology for the elderly include pendants which have a short battery life. “They need to be charged every three to four days,” Matt said. Those devices also tend to be connected to a hub connected to a phone line, which generally means ongoing costs. There’s also a proximity limit on how far someone can be with the device on. The AbiBird sensor runs on four AA batteries and can last up to a year before needing a change.

Movements by the AbiBird devices are recorded every two seconds as activity or inactivity, and this data is then transmitted using Sigfox IoT technology. Most devices require wifi or internet connection, but this device only needs to pair with a smartphone. Using Sigfox IoT technology with the Telstra network, the infrastructure is already built, giving an incredible 98% coverage across the country.

Matt spoke of his own experience with his uncle, an active 90-year-old with no history of falling having a sudden hip-breaking fall. Matt’s uncle was surprised to see Matt arrive so soon after the fall, and it was the AbiBird that notified Matt. “He didn’t want to put one in his house, and it’s a 5-bedroom home,” he said, after mentioning that he placed two AbiBirds in his uncle’s house. “He didn’t realise that they were in his house and was amazed I was there in the house so quickly after.”

The way the technology works is based around a daily routine, which can be learned over time or set manually. For example, if a senior tends to have a familiar daily schedule, this can be added by a family member to make sure the AbiBird knows there’s no one home when he or she is outside gardening.

These movements are recorded and sent to the app every hour, and all family members who have linked their smartphones to the app can check on movements when they’d like. It’s those abnormal movements or lack of movement that makes the device an essential tool. For example, if someone has fallen to the ground, the sensor would eventually notice an abnormality in the room’s movement, sending a notification to family members. While it could just as well be a false reading, a simple phone call could save the person’s life.

The device learns over time, also giving certain schedules a bit of flexibility in case someone has left a little earlier or later than usual. For most 1-bedroom units, one device is enough, though three-bedroom houses would benefit from two AbiBirds (one in the main bedroom and an additional one in the kitchen).

An additional feature in the AbiBird is the ability for the person to bang the surface that the device sits on. If the person isn’t feeling well, with three or more hard hits on the table or shelf, a notification is sent out saying the emergency has been manually triggered.

With James Tucker on board as General Manager with almost 20 years in the tech startup business, and Champ Private Equity behind the company, Matt’s idea became a working prototype to soft launch in November 2017. Initial tests to 500 families in Perth, then 500 more in Moreton Bay in Brisbane, gave the company enough real-world data to improve and create what the AbiBird is today.

Matt explained how an AbiBird installed in one of the ATF warehouses came in handy when it was set off over the weekend with abnormal movements. “We’ve set the AbiBird to expect movements from 6am to 7pm every day, Monday to Friday, and then no movements on the weekend,” Matt said. “On Sunday I had three emergency messages from the device.” With a couple of phone calls to the branch manager, they were able to deduce that the cleaner had set the sensor off – usually it’s Fridays that the cleaner comes in.

The company is working with various groups like the Australian Defence Force, as well as Dementia WA, to use its technology with those who suffer from PTSD or dementia. “If you ask someone if they’ve eaten and they say they have, how do you know if that’s true?” Matt asked. “They could say they have but one look in the empty fridge would tell you otherwise.”

“It’s been better than what we had anticipated,” Matt said. “The demand is increasing rapidly, and we were still very strategic on how we're rolling this out.” Matt says while the focus is on a commercial scale, orders can be made on its website and the team is happy for any requests for family members to trial the equipment for themselves.

Are you looking for some office space but not sure where to start? Book a tour to see Riff powered by Spacecubed. 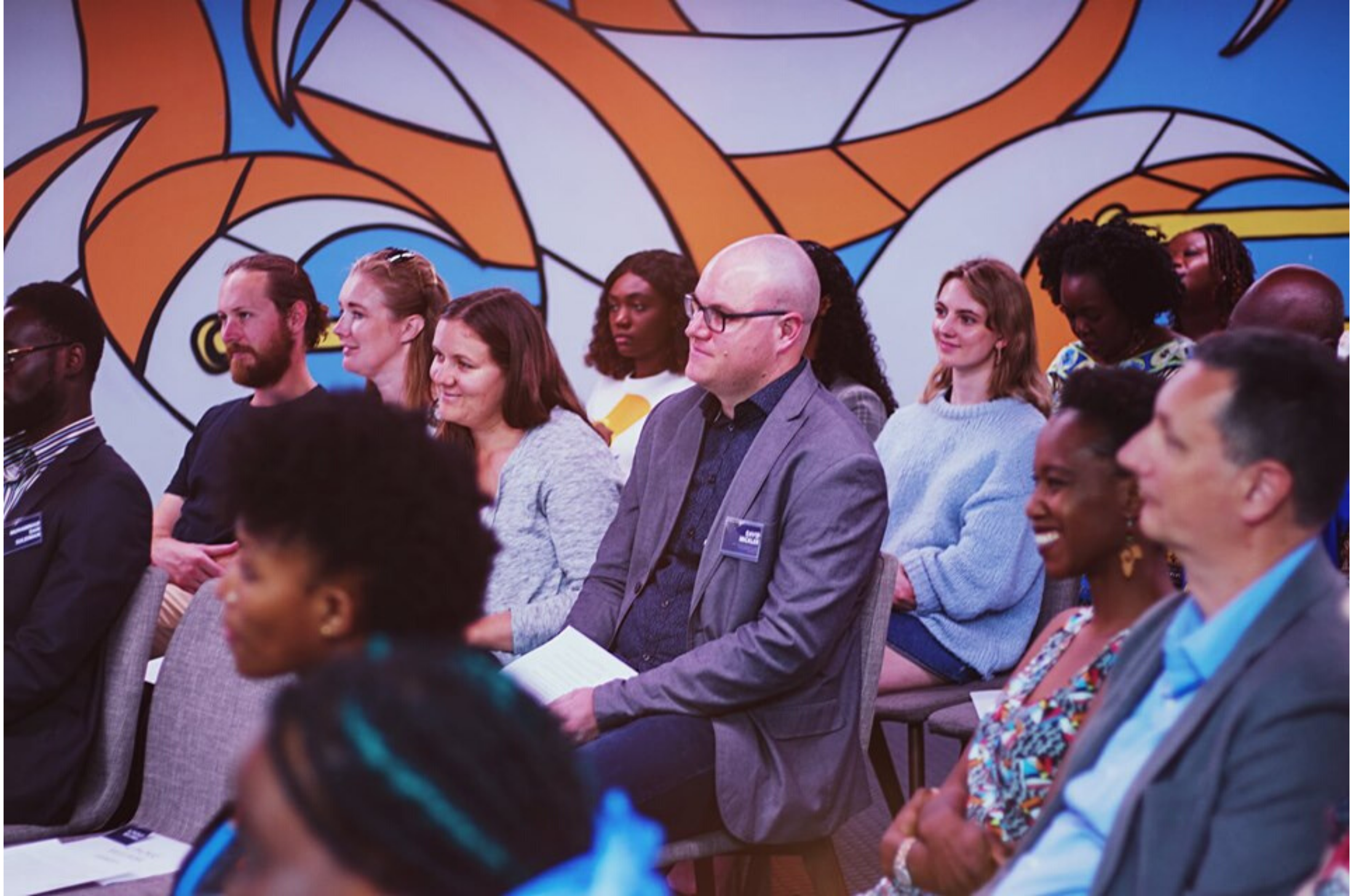