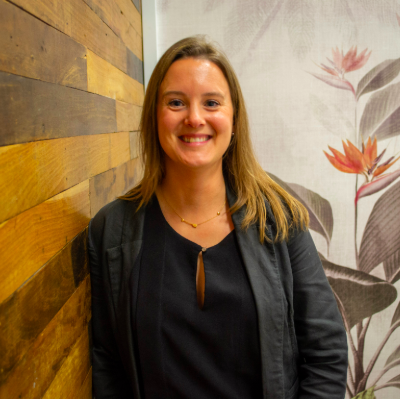 Hailing from France, Ophelie joined the Spacecubed family back in 2012. Originally starting her role in the company as a volunteer, Ophelie quickly became a staple in the Spacecubed space and moved on to manage the Riff community, before taking on the role of an operations manager. In her current role at Spacecubed, Ophelie is responsible for running the operations in the space day-to-day, as well as overseeing community initiatives to ensure they're meeting member needs.

Ophelie's experience runs deep when it comes to entrepreneurship. During her time at Jean Moulin University in Lyon she helped create Wizine, a unique application that aims to make press material accessible to the visually impaired. She is extremely passionate about the startup community, which evidently shines through in the work she does at Spacecubed.

Ophelie holds an Information and Communications Masters from Jean Moulin University, as well as a Business MBA from La Sorbonne University.